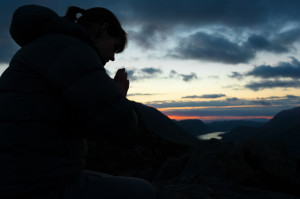 Drug addiction is an acute brain disease that is characterized by chronic, repeated drug abuse. Many addictions begin as something casual or recreational and develop into a condition that spirals out of the addict’s control. Drug addiction will move through several stages, including its initial symptoms, dependence and long-term effects.

Habitual drug use often leads to addiction, which includes symptoms such as obsessive cravings at least once a day that the addict is unable to abstain from. Often the individual’s behavior and decision making patterns will change, turning them dishonest, irresponsible and mismanaged in their use of the substance. The drug’s rewarding effects will replace actual achievement, problem solving and coping abilities on the part of the addict. A more severe addiction that warrants professional intervention is characterized by a total inability to quit the drug, signs of withdrawal symptoms and uncharacteristic dangerous behavior.

The official diagnosistic of drug addiction is described as taking more of a drug over a longer amount of time than was intended, creating tolerance to the drug’s effects that demand heavier usage and mental and/or physical withdrawal symptoms. Despite efforts to quit the drug use, the addict will be unable to break the habit even if they are aware of the detrimental effect it is having on their life. Instead, they will reprioritize their life around their drug use, allotting an inappropriate amount of time to it and diminishing the importance of other life obligations.

If the addiction goes untreated, a mental and physical dependence will form around it and severely damage the addict’s life. Broken relationships, poor work and school performance, legal issues and disfunctional finances are all common attributes of drug addiction. Even more seriously, addicts face major health problems, both mental and physical, and are more likely to acquire a communicable disease or cause a dangerous accident than a sober person. Tragically, the probability of accidental death and suicide are also increased among drug addicts.

If you or someone you care about is showing signs of drug addiction, it could be that Christian drug rehabilitation is the answer. There are a variety of God-centered drug addiction treatment centers available to every type of individual and they want to hear from you today.